This acquisition will spur Microsoft's gaming enterprise across PC, mobile, console, and cloud platforms, as well as set a metaverse basic structure.
Try Us Out For 30 Days Free

Microsoft was created a few months after the name "internet" was coined for the first time. The two have since grown together in numerous aspects. With the internet moving into a new dimension, Microsoft now seeks to move into the next phase of its life cycle in lockstep.

With 3 billion people actively playing video games today, propelled by a young generation versed in the pleasures of interactive entertainment, gaming has now become the largest and fastest-growing leisure activity. On January 18, 2021,  the Microsoft Corporation announced that it would buy Activision Blizzard Inc., a leading game developer, and producer of interactive gaming content.

This acquisition will spur Microsoft's gaming enterprise across PC, mobile, console, and cloud platforms, as well as set a metaverse basic structure. Microsoft pitched the purchase as a huge gamble that gaming will be crucial to a more immersive version of the internet, the "metaverse," which still trails around largely as a buzzword.

When the acquisition is completed, Microsoft will be the world's third-largest gaming firm by revenue, rivaling the two top contenders; Sony and Tencent. In addition to worldwide eSports operations through Major League Gaming, the projected transaction includes legendary franchises from Blizzard, Activision, and King studios, notably "Warcraft," "Overwatch," "Diablo,"  "Candy Crush," and "Call of Duty."

Today, the gaming sector provides a structured virtual experience that people desire to enjoy while connecting with their friends and acquaintances in a simulated world. Microsoft decided that the best way to do so would be to acquire a gaming firm that has already "cracked the code" on enticing people to join this virtual reality.

The Activision-Blizzard acquisition gives Microsoft a head start in this new digital world. As millions of users spend endless hours playing some of Activision's most popular games, such as "World of Warcraft," this is going to be a huge undertaking. From Microsoft to Nvidia, huge bets have been made on the so-called metaverse, with the excitement around it picking up late 2021 as Facebook rebranded itself as Meta to reflect its interest in virtual reality. The Activision acquisition is a huge deal for the consumer side of the business, as it kicks off the metaverse arms race. 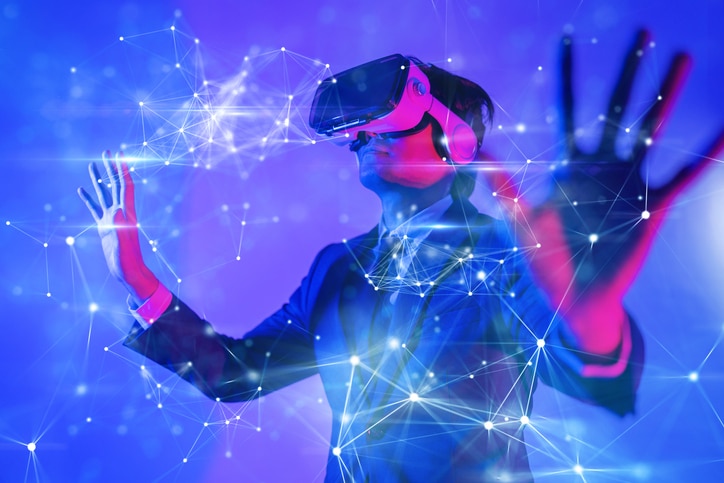 What is the Metaverse?

The internet, as per experts, will ultimately develop into the metaverse, firing up the next fundamental computing platform. If realized, the concept has the potential to alter civilization and industry in the same way that the mobile phone did.

Millions of people use the internet today to access resources and information, socialize, do business, and entertain themselves. This unique selling point is predicted to remain the same in the metaverse, with the primary distinction being that the boundary between virtual and physical realities will blur.

This could manifest in several ways, but many analysts predict that "extended reality" (XR), which merges virtual, augmented, and mixed reality, will play a central role. The premise that virtual, 3D environments that are perpetually accessible and responsive in real-time will be the overhauling medium for social and corporate interaction is a mainstay of the metaverse concept. If this new paradigm is to become feasible, it will require widespread acceptance of extended reality.

Until recently, extended reality (XR) has been confined to a small number of video games and a few niche business uses. However, as games become more social platforms, the possibility that these qualities – discoverable and perpetual virtual worlds, vehicles for open and versatile creative expression, and conduits for pop culture – will grow more prominent.

The rising popularity of live streaming, esports, games, and, more recently, virtual reality headsets stages gaming as one of the best ways to convert cynics to more interactive experiences while heralding the consolidation of entertainment, e-commerce, and social interaction in digital environments.

Connecting Digital Assets to Real-world Economic Processes in the Metaverse

The metaverse is envisaged to have close synergies with the real-world economy, ultimately becoming a hybrid. The metaverse will ideally allow corporations and individuals to engage in economic activity the same way it is currently. This means the capacity to create, exchange, and invest in commodities and services.

To some degree, this may leverage non-fungible tokens (NFTs) as the basis for creating value. A non-fungible token (NFT) is a claim of ownership for a non-interchangeable digital asset stored on a blockchain. If NFTs become a widely adopted instrument for exchanging such commodities, it could help expedite the development of XR environments as places where people go to merge elements of their offline lives with the digital economy.

This can be compared to how the App Store drove firms to digitize their processes so that customers could enjoy (and pay for) their goods and services from anywhere. This validated the premise that retail and digital don't have to be mutually exclusive, opening the door to a slew of previously unthinkable applications.

Without the App Store, it's possible that FightCamp, a firm that makes training equipment and video-based fitness courses, would not exist. A service that is essentially based on physical activity would have a weak business case for coming online unless there is a widely adopted channel for digital consumer experiences.

Transitions like these will occur at an exponential rate in a successful metaverse. With its pervasiveness, interoperability, and synchronicity (real-time access), the metaverse will completely transform user behavior, which is why technology companies are joining the race.

Microsoft's acquisition of Activision reignites interest in the "metaverse," a concept that has more traction in online gaming than anywhere else in contemporary life. In some ways, the metaverse commences in the multiplayer lobby; it's a combative sandbox, watercooler, and a memes bazaar all rolled into one.   The tech powerhouses have observed the video gaming industry's commercial dominance over the last decade, and they're now applying the business model to every other aspect of online life.

For several years, there have been significant but still innovative developments in video gaming. However, with the high cross-platform success of Fortnite in the 2010s, the dramatic change from offline single-player gameplay to online multiplayer gaming came to the fore. For the first time in a generation, the greatest and most exciting videogame wasn't a single-player plot-driven game but a versatile hardcore match with unclear characters and no storyline. Activision is no longer expected to build a single-player mode for the latest Call of Duty game. While it is still crucial,  it is no longer the epicenter of gaming culture. Microsoft now appears to be far more suited to the current migration to online platforms or the metaverse.

Microsoft has already begun positioning its cloud services as the metaverse's fabric, while other corporations are capitalizing on customized gaming experiences. Using its Mesh platform, Microsoft is able to weave avatars and immersive spaces into its collaboration platforms like Teams.

Microsoft currently does not sell the type of commercial virtual reality headset required for an advanced immersive gaming experience. However, Microsoft CEO Satya Nadella explained the fiscal impact that metaverse gaming already has. By creating new settings for other gamers to explore, the producers of tens of thousands of "Minecraft" game tweaks have cumulatively earned more than $350 million.

In May 2021, Nadella's keynote speech at Microsoft's Build convention drilled down into what he calls the "enterprise metaverse," where businesses can use Microsoft's business software solutions to supervise their supply chains in the metaverse, creating a "complete digital twin" of their physical infrastructure to track products from manufacturing to dispatch more efficiently. Nadella also envisions not only one future metaverse but multiple metaverses. Multiple metaverses, Nadella believes, will build synergies to create robust social and commerce applications.

While in-game advertising revenue is still a tiny fraction of overall online gaming revenue, it is expanding. Financiers are now purchasing video commercials in smartphone games such as Candy Crush (owned by Activision) and creating branded virtual universes on consumer-generated platforms such as Roblox.

Microsoft's latest acquisition provides it access to more gamers and expands its gaming IP portfolio, which includes mobile extensions, and might provide marketers and advertising with new ways to target this lucrative group in the future. It also puts Microsoft in a stronger position for the future of the metaverse.

While tech rivals like Meta reposition their operations in the race to construct the first metaverse framework, Microsoft and other gaming giants may have both the intellectual assets and the technical talent to make these virtual ecosystems a reality worth embracing. When that day comes, much like how the worldwide phenomenon Pokémon Go boosted the accessibility—and showcased the versatility—of virtual reality at inception, Microsoft in the metaverse may do just the same. Reach out to us to learn more about these technological trends and ensure a smooth transition with our managed IT services.

© 2023 Velocity IT. All Rights Reserved.
Sitemap | Privacy Policy | Website Accessibility
Velocity IT is the trusted IT services company across the Dallas & Fort Worth metro area. We provide IT services in McKinney, Plano, Richardson, Coppell, Flower Mound, Arlington, Addison, Irving, Mansfield, Dallas, Fort Worth, Frisco, Mesquite, Grapevine, Carrollton, Lewisville, The Colony, Garland and throughout DFW.
Digital Marketing By Out N' Aboot